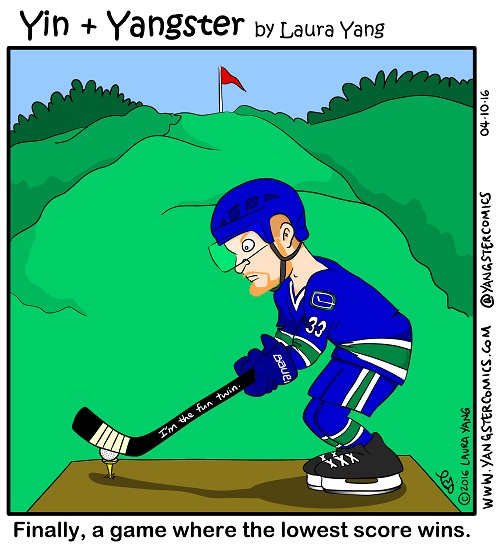 Ever since I was a young girl, I cheered on our local hockey team, the Vancouver Canucks. My whole family did. In fact, it was inevitable in my house. My dad would always have the pre-game, game, and post-game shows blasting at all hours of the night. His mood was directly correlated to the Canucks’ game outcomes. We knew never to approach him for any requests if his beloved team lost. My mom was very excitable. She would always scream when the Canucks scored especially during the playoffs. In fact, during post-season games you could go outside the house and listen to the city’s silence until the Canucks scored. Collective screams from our neighbours all within a 200 m radius was all within earshot.

I remember fondly the Canucks’ run at the Stanley Cup in 1994. We lost in the excruciating 7th game. History would repeat itself in 2011.

Alas, we’ve sunk to a new low this year, not even making the playoffs. *sigh*