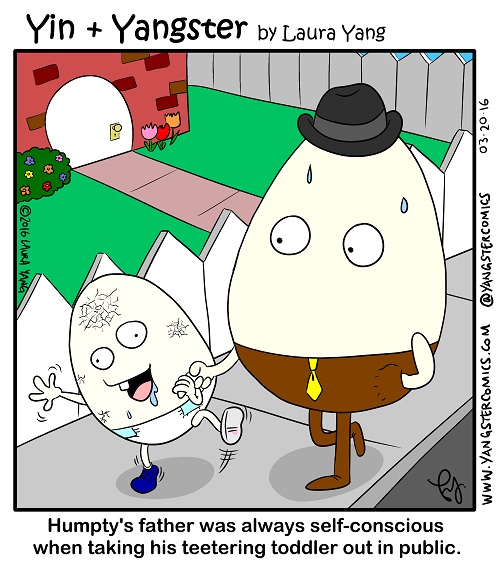 A toddler, have I.
Wobbly and unsteady.
Running, lumbering, falling.

Ok not quite a haiku. Poems were never really my strong suit. Nevertheless, my daughter’s in that phase where she only has 2 modes while in transit: running or falling and nothing in between. She’s either running full speed with head bobbing and hair bouncing or falling that hilarious and dramatic toddler fall that seems to happen when she trips over air. Or nothing. It’s either air or nothing that she trips over. She’s taken enough tumbles that it appears as though she’s building a case against me to Child Protection Services.

This cartoon arose from my wondering whether a different animal or object would better articulate the concerns I have about her current state of clumsiness.

I hope you find it egg-cceptable. :B