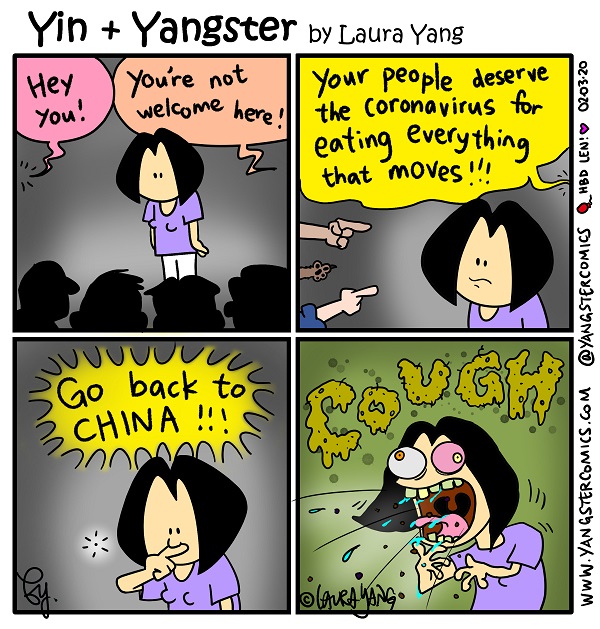 Sooooooooooo this was the cartoon I held back from posting last week! LOL

As a Chinese-born Canadian who has experienced racism growing up, I think as a people group we’re expected to perpetually tolerate it and turn the other cheek. Well, sometimes, just sometimes, I can’t… I’m human and I want to stand up for myself. Plus, I can be sassy.

The Province, one of the 2 major newspapers in British Columbia (of which I was once published in), published the following this week: 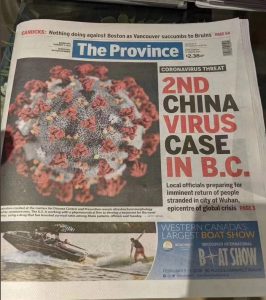 H1N1 was never the American virus, Zitka was never the Brazillian virus and Ebola never the Congolese virus. And yet, here we are… so very unwoke of them. It’s something I doubt the previous editor-in-chief Wayne Moriarty would have approved.

So here I am, acting out my passive-aggressive nature through my cartoons because in reality I dislike confrontation. I do hope the racism around the 2019-nCoV eventually stops, but more importantly, I do pray the 2019-nCoV is eradicated sooner than later (currently stands at 814 deaths).

Continue washing those hands with soap, stay home when sick, don’t go near sickies and get your flu shot if you haven’t already!