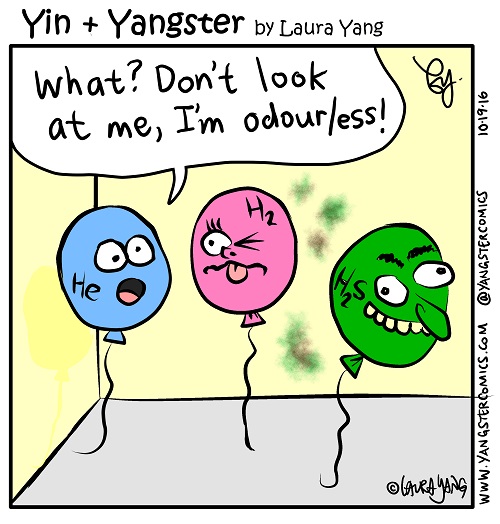 So a couple weeks ago another Canadian cartoonist challenged me to the #heliumchallenge via Twitter. It looks like it’s just a silly trend where people film themselves inhaling helium and the silliness that ensues. As a cartoonist, I guess our challenge is to draw some cartoon with helium? I dunno, alas, this is what I could come up with. Haha

Initially though, I had thought about doing a pun that involved a large untrainable animal, helium, clowns and Donald Trump. Unfortunately (or fortunately?) the simpler cartoon won out though it did require me having to do a bit of research on the properties of helium, hydrogen gas and hydrogen sulfide.