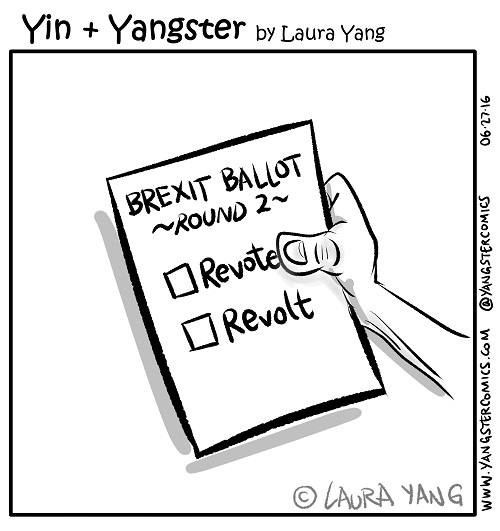 The UK has just voted to exit the EU and major news headlines have been replete with the consequences of such a decision. Undoubtedly this will have a significant impact on our global economy in the years to come. There have even been talks of another referendum to revisit the issue. Now normally, I don’t intentionally draw political cartoons. I much prefer to draw from observational humour including play on words and so this really isn’t an exception. Initially, I had intended the ballot to have “revote” and “not revote” as options but then as I drew it out, realized how close “revote” and “revolt” sounded. Thus I added it as a third option. However, the overall look of the cartoon appeared chunky and awkward so I erased the “not revote” option and left it as is.