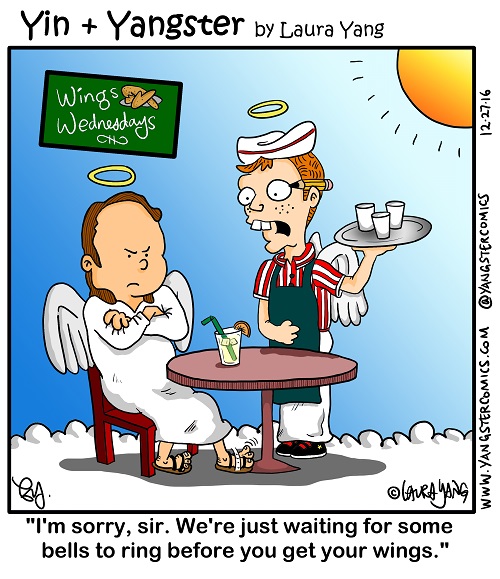 One day I had a thought… something about an angel getting its wings when a bell rings.

I promptly googled that up and here’s what I discovered:

The classic 1946 movie “It’s a Wonderful Life” is featured during Christmas every year. In it, a young girl named Zuzu Bailey says “Every time a bell rings an angel gets his wings.”

Well, I couldn’t help but think of wings as in the deliciously edible chicken kinds.

But before I leave you there, I just wanted to share an epiphany I had.

My sister-in-law’s cat is named Zuzu Bailey! I HAD NO IDEA SHE NAMED IT FROM THIS MOVIE!!!! Mind Blown!!! I thought she just really liked the zoo and Bailey’s Irish Cream. :p