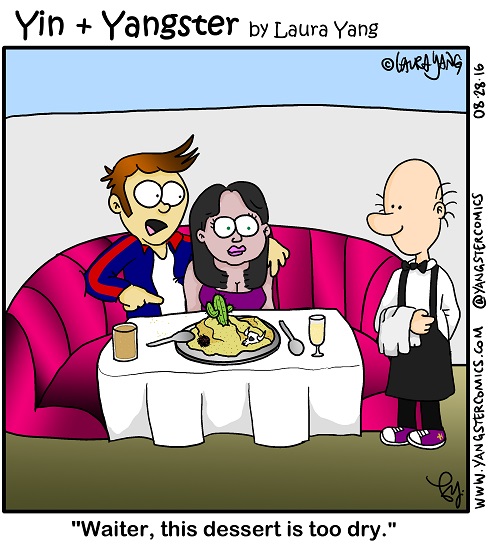 I’m sure plenty of cartoonists before me have drawn up this punchline in one form or another. I don’t claim to be unique. In fact, reminds me of a little story…

I was in a cartoon contest a few years ago hosted by the now defunct cartooniststudio.com website. There were 10 rounds and I made it to round 7. While I was reading a fellow cartoonist’s work, there was one that caught my attention. This particular single-panel cartoon contained a family where the girl has an ipod, teen boy has an ipad, Mom has an iphone, and Dad says, “I paid”.

Someone had commented that the gag had been done before. The cartoonist immediately got defensive, explaining it was an original joke and that he hadn’t copied anyone etc etc. I absolutely believe him, but at the same time, I’m also aware that there are 7 billion other people on this planet and among them I don’t think it’s a stretch to believe someone else can come up with the same punchline. It’s not hard to create said punchline based on the natural progression of words, in my opinion.