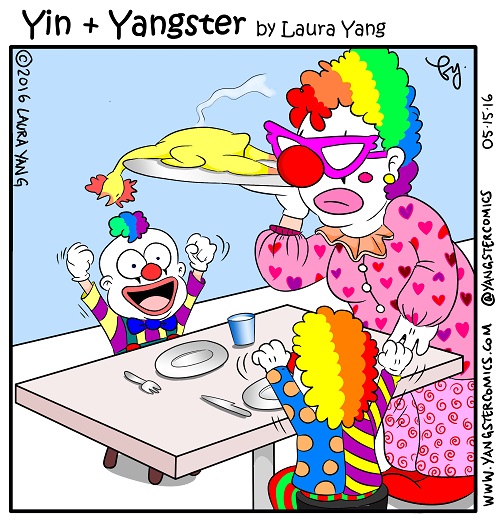 So I haven’t updated in a week! Yikes! Reason being is my Chinese money-saving instincts kicked in to high drive as I was working hard at meeting a couple of Groupon deadlines. I was determined NOT to lose out on the added monetary value as I bought a few Photobook Groupons way back in November 2015. Expired on May 9, 2016. I began on May 8, 11:30pm. Procrastinate much?? Never, EVER do that again. @_@ Arranging photos takes FOREVER especially if you’ve got a twinge of OCD like me. Luckily I discovered Photobook has a grace period of a week. Phewf.

This cartoon was actually submitted for Mother’s Day alongside the chosen Supermom cartoon for that day but my editor liked it enough to keep it for today! It’s a tribute to my mom who is not known for her cooking but rather her humour. 🙂